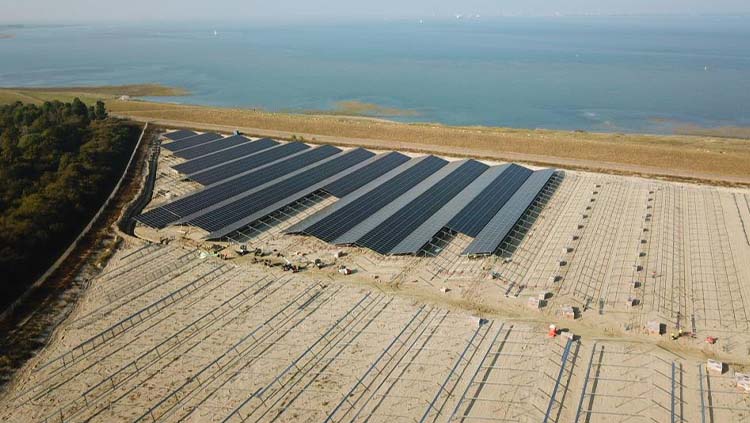 PFALZSOLAR was able to assert itself successfully against numerous international competitors in a tender initiated by the Dutch solar company Zonnepark Mosselbanken Terneuzen (ZMT) and won the contract for the 60-megawatt solar park in Terneuzen, in the southwest of the Netherlands. The construction of the EPC project started in August 2021.

“We have been successfully implementing solar projects in the Netherlands for over 4 years. We are proud to further expand this partnership with the latest project in Terneuzen. With #WeLoveSolar we make a promise of quality, driven by the enthusiasm and passion of our entire team“, emphasizes Lars Josten, CEO at PFALZSOLAR.

On an area of 32 hectares, PFALZSOLAR will start the 9-month construction phase of the multi-megawatt solar park in June and will realize the largest EPC project in the company’s history before March/April 2022. For the Dutch energy transition, the project, which is one of the largest photovoltaic plants in the country, is another milestone and shows the importance of renewable energies in the international climate policy. After commissioning, the solar power plant will generate more than 56 million kilowatt hours of solar power per year, which means over 22,600 tons of Co2 savings per year.

“Alongside our home market in Germany, the Netherlands are the most important solar market for PFALZSOLAR. This is where we have built our largest solar parks in the last four years – the appeal of the market continues unabated. This year alone, an increase of around four gigawatts is forecasted for the Netherlands”, says Jürgen Hampel, Head of large-scale projects at PFALZSOLAR.

Since 2003, PFALZSOLAR has been developing, building and operating photovoltaic systems of all sizes for municipalities, commerce, industry, institutional investors and private customers. As part of the Pfalzwerke Group, the company has a reliable and strong partner that has combined tradition, innovation and expertise in all aspects of electricity for over 105 years. Pfalzwerke is the leading electricity provider in the Palatinate and the Saarpfalz district – a company that is actively shaping the future of the region with its services and commitment. PFALZSOLAR is not only active regionally, but throughout Germany and beyond. In BENELUX, Greece, Great Britain and the USA, the more than 80-strong team is actively shaping the energy turnaround and focuses on one thing above all: quality according to energy supplier standards.