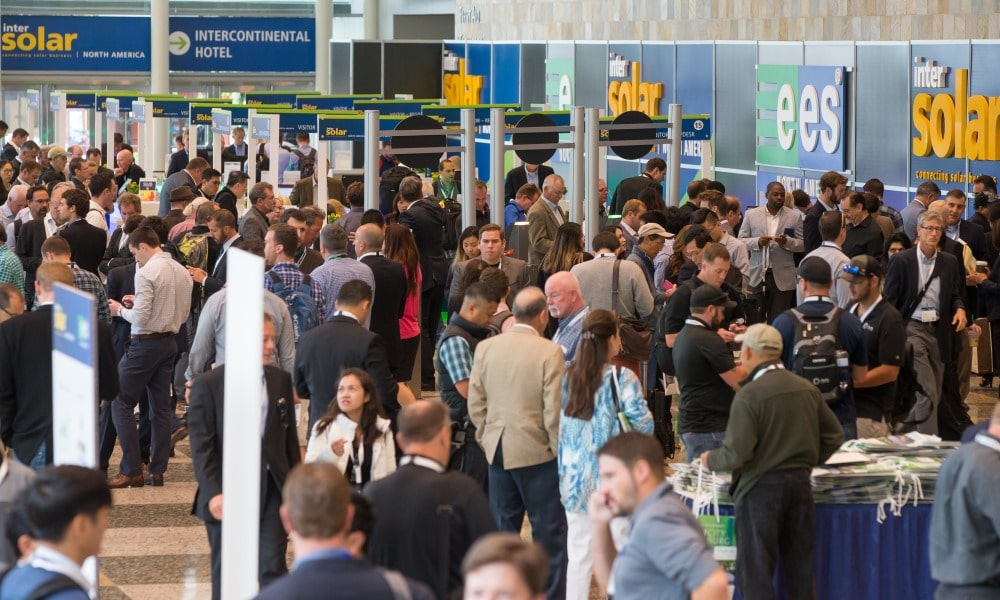 PFALZSOLAR EXHIBITS AT INTERSOLAR NORTH AMERICA FOR THE SECOND TIME

Next week, PFALZSOLAR exhibits again at Intersolar North America in San Francisco from July 11 to 13. Since the exhibition took place for the first time in 2008, it has become the most attended solar event and the premier networking platform for the North American solar industry. The event attracts manufacturers as well as suppliers, project developers, distributors and investors. Around 550 exhibitors are expecting 27,000 trade visitors at this year’s Intersolar.
PFALZSOLAR, a 100% subsidiary of a German energy supplier, joins the event as an exhibitor already for the 2nd time. As in 2016, the company is part of the German Federal Ministry for Economic Affairs and Energy’s booth. Since last year’s Intersolar, the German Project Developer increased its activities in the U.S. significantly. Through founding a subsidiary in Atlanta, Georgia in September 2016, PFALZSOLAR paved the way for an effective business strategy. “We clearly focus on Co-Development activities in the U.S. Together with local partners, we’re pushing forward large-scale PV projects: from the land acquisition to the PPA signing.” explains Thomas Kercher, president of PFALZSOLAR Inc.
But why should American project developers and investors cooperate with German PFALZSOLAR? “Trust makes the difference – in Germany as well as in the U.S.,” said Thomas. “Our long-term experience, our high-quality standards and our belonging to a German energy supplier speak for us.”
With regard to the Intersolar North America next week, Thomas and his colleagues have one clear aim: Networking. Thomas: “Compared to other exhibitions, networking is the most important reason for being in San Francisco. It’s all about making new contacts. But of course, we’re also quite excited to see, what’s new in the U.S. PV industry.”
Meet PFALZSOLAR at Intersolar North America:
July 11-13, booth 9011, 9111 (German Federal Ministry for Economic Affairs and Energy)