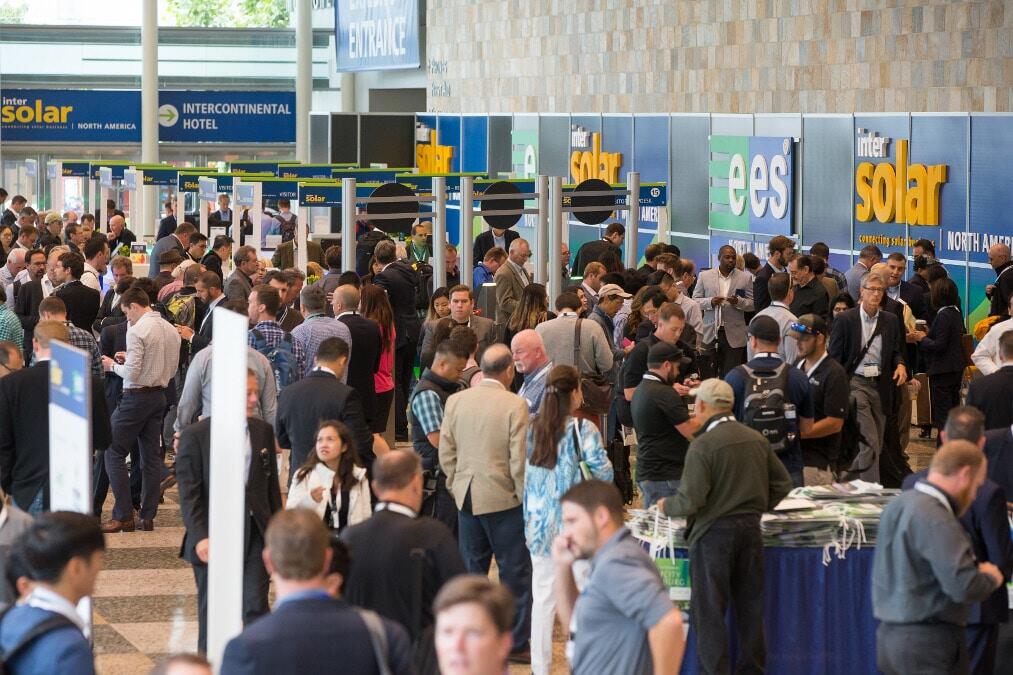 PFALZSOLAR PARTICIPATES IN INTERSOLAR NORTH-AMERICA FOR THE FIRST TIME

From July 12-14, Intersolar and ees North America, the most-attended solar-plus-storage industry exhibition and conference in North America, opened its doors in San Francisco for its ninth year. Round about 500 exhibitors and 18,000 visitors participated this year. PFALZSOLAR attended the fair for the first time as an exhibitor at the “German Pavilion”.
“In the United States, PV is growing fast and sustainable at the same time. That’s why it is extremely attractive for German companies to enter the U.S. PV market.” says Thomas Kercher, CEO of PFALZSOLAR. As a wholly-owned subsidiary of a leading German energy provider, PFALZSOLAR has been developing, building and operating utility scale projects since 2003. In the US market PFALZSOLAR is planning to act as an experienced, reliable & financially strong partner specialized in project development for large-scale photovoltaic projects.

By now, renewables play a very important role for the United States, especially in California. State Sen. Kevin de León, president pro tempore of the California Senate, who was presented with the 2016 Intersolar Champion of Change AWARD, illustrates this fact by saying: “Clean energy is no longer a niche market or a plaything of the wealthy. It is officially a pillar of our economy, and it is here to stay. In California, we are showing one of the world’s leading economies can thrive while also reducing carbon emissions.”

No comments to show.