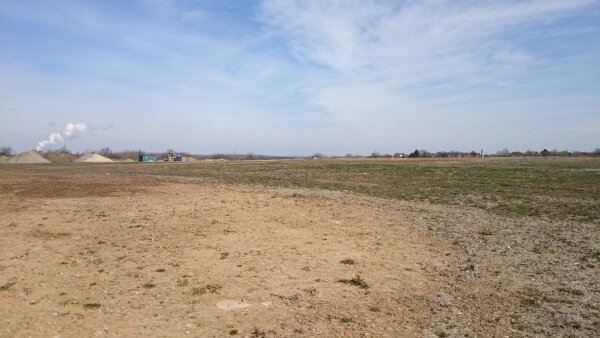 Today the groundbreaking ceremony for Pfalzsolar GmbH’s “Wintersdorf” solar park in Meuselwitz in Thuringia took place. The town council welcomes the project as a coherent concept for the interim use of the former gravel and sand opencast mine.
Today, on 13th July 2015, the construction work for the “Wintersdorf” solarpark in Meuselwitz in the Thuringian district of Altenburger Land begins. The large-scale plant with a total output of 5.7 megawatts will be built where the gravel and sand opencast mine used to be and will, in the future, generate six million kilowatt hours of green energy. The planned renewable energy law compliant commissioning is due to take place as soon as the end of August 2015.
Not only Pfalzsolar but also the town council of Meuselwitz are pleased that the project can now be implemented. “The solar park as an interim use of the land fits in well with the town’s land-use plan,” explains the leading Pfalzsolar project developer Max Huber. “The idea is that after 2040 the area can again be used for agriculture. Pfalzsolar has committed itself to dismantling the solar plant when the lease agreement expires.” During the operation of the solar park, the gravel mining will continue on a neighbouring site. This is also a huge advantage for the interim use of the area for solar energy generation: the shared use of the land is possible without limitations. The solar project is beneficial for the region in general. “Even during the project development we used professionals from the region and we take strong regional added value into account during the construction and future operation of the plant,” said Huber.