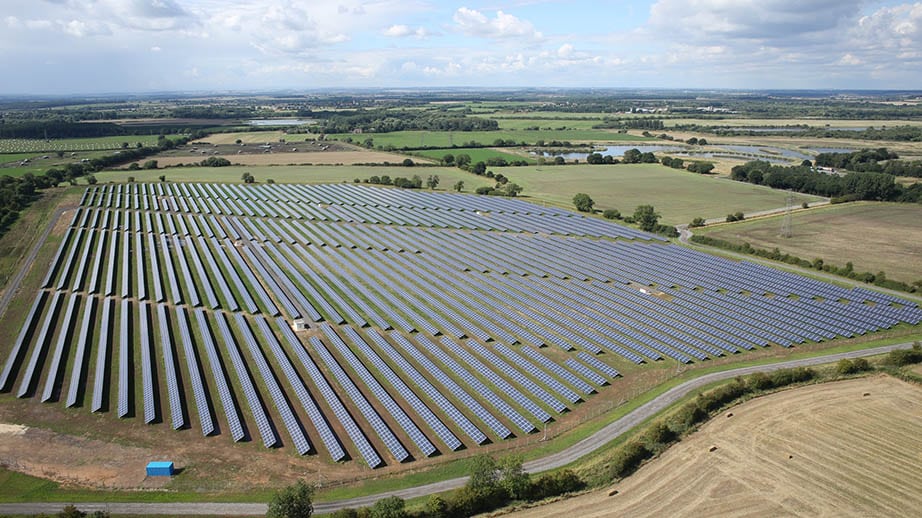 Pfalzsolar is selling the solar park “Tiln Farm” in Nottinghamshire to the investment company Aquila Capital.

The solar park “Tiln Farm” in Retford (Nottinghamshire) was developed by Pfalzsolar in cooperation with the British project developer Blue Planet Solar Holdings ltd. Pfalzsolar was the general contractor and was entrusted with the construction of the ground-mounted plant. The grid connection took place in March 2015, meaning that the project qualifies for ROC 1.4 funding. With an output of 9.8 megawatts the solar park produces about 9.5 million kilowatt hours of CO2 neutral solar energy each year, this is the equivalent of the consumption of over 2,000 households. Only tried and tested technology was used: the polycrystalline modules are from the manufacturer REC, the inverters are from Sungrow Deutschland GmbH.
Institutional investors were very interested in the project. In the middle of August the sale to Aquila Capital went through – one of the leading investment companies specialised in alternative investments. Pfalzsolar CEO Thomas Kercher is happy with the choice of the investor. He says, “Our business model is built on trust-based cooperation with the purchasers of our solar parks. The business relationship does not end with the signing of the sales contract. We as a service provider are responsible for the operation of the plant for years to come.”
The acquisition of “Tiln Farm” sees the track record of the Aquila Group in worldwide photovoltaic investments go up to 505 MWp. “The investment is the second photovoltaic plant we have bought in Great Britain this year,” states Susanne Wermter, Head of Special Investment Team at Aquila Capital. “We believe that Great Britain is an attractive market due to its funding systems in combination with the relatively high electricity prices in comparison with the rest of Europe. We are again putting our investment in this market into practice in close cooperation with experienced and reliable quality suppliers such as Pfalzsolar.”