PFALZSOLAR HAS SIGNED EPC CONTRACTS FOR FURTHER PROJECTS IN THE NETHERLANDS 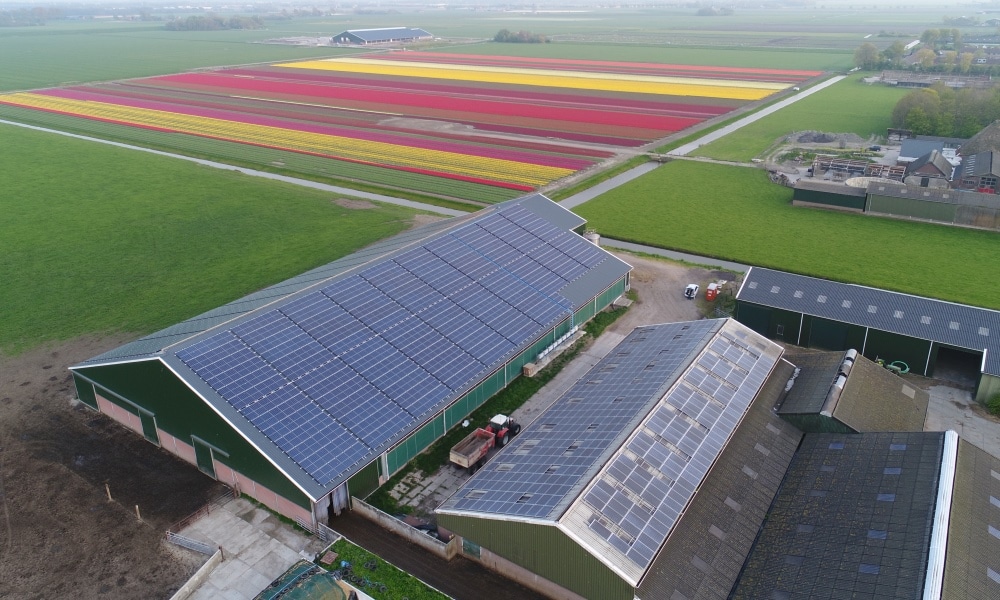 Today, PFALZSOLAR starts with the construction of a further large-scale PV rooftop Project in the Netherlands. In Moerdijk in the Dutch Province of Nordbrabant, the company builds a PV Power Plant with a total capacity of 1.8 Megawatt peak (MWp) on a steel mill.
PFALZSOLAR already realized three rooftop Projects in the Netherlands with a total capacity of 1.3 MWp until May. Now, those first Projects are followed by significantly larger Projects: Apart from the Power Plant in Moerdijk, the company signed EPC Contracts for a 2.5 MWp Project which is also located in the Province of Nordbrabant as well as for a 1.7 MWp Project in the Province of Gelderland. The construction of the further Projects is scheduled for July and August. The contracting authority for all three Projects is a Dutch investor who has leased the rooftops from the building owners. The signing of the EPC contracts took place at the beginning of June at the Intersolar Europe.
PFALZSOLAR uses a special mounting system for the solar power plant on the steel mill in Moerdijk, which enables mounting with very low loads. It was only possible to install the maximum plant size due to a diligent design of the mounting system, explained Max Huber, Head of Project Development at PFALZSOLAR: “We could acquire a comprehensive know-how in the range of technical special solutions, which makes it possible for us to provide the owner of the rooftop as well as the operator of the power plant with the best technical and economical PV Power Plant.” It is really important to consider the rooftop owners’ requirements at an early stage of the Project Development and to meet those requirements during the construction period, said Max Huber. “We’re not only a short-term EPC Contractor, we rather consider ourselves as a long-term Project partner. That’s why it is so important to us to have a close cooperation with all parties involved from the beginning.
The Dutch government has decided to boost wind and solar energy, requiring at least 16% of all energy to be generated from renewable sources by 2023. “In order to achieve this goal, a lot of PV Power Plants have to be installed in the Netherlands,” says Max Huber. “They have a great potential for new solar power plants, especially in the sector of large industrial and commercial rooftops.” A potential that shouldn’t be unexploited. PFALZSOLAR plans to expand their activities in the Netherlands in the upcoming months.
Picture: The picture shows the PV Power Plant “Burgerbrug” which PFALZSOLAR realized in April 2017 in the Netherlands.