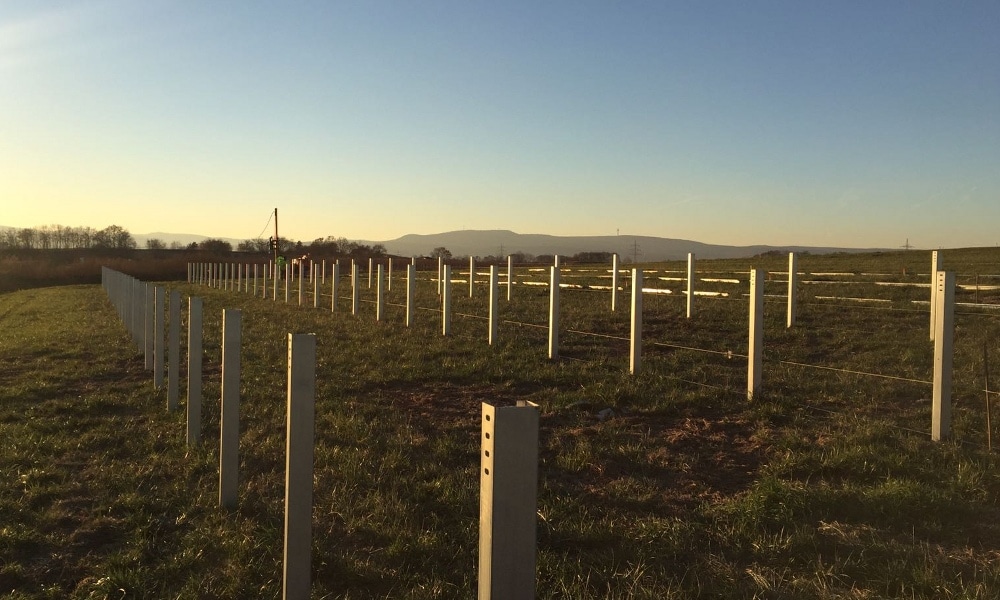 PFALZSOLAR began with the construction of a further PV project: The solar park Ellerstadt is the second one which the company realizes on a former landfill site. While construction works for the solar park Brandholz (1.2 MW) is already in full progress, work is only just starting in Ellerstadt. More than 6,000 solar modules with a total capacity of around 1.7 MW shall be installed in the following weeks. The completion of the project is scheduled for the beginning of the next year.
„The ground mounted PV power plant in Ellerstadt is a best practice example for how climate protection and nature conservation can be combined”, says Thomas Kercher, CEO of PFALZSOLAR. At the same time, especially the species protection and the nature conversation were challenging for the project development. “Thankfully due to the great support and collaboration with the involved local authorities we were able to clear all hurdles on our way to the construction permit. We’re really happy that the project realization is starting now.” Says Kercher.
The solar park Ellerstadt does not fall under the German competitive bidding procedure for ground-mounted PV installations. It’s eligible for the feed-in-tariff, which is specified in the German renewable Energy law 2014. Thus, the compensation is 8.91 Eurocents per kilowatt-hour for a period of twenty years. “For investors who focus on a long-term profitability, photovoltaic is still a very attractive investment.” Underlines Kercher.
Turn Key projects in Germany are economically feasible which is also shown by other projects that PFALZSOLAR is currently realizing in Germany. Apart from the two landfill site projects in Brandholz and Ellerstadt, the company constructs a ground mounted PV power plant in Schiersfeld (7.7 MW) and a large scale rooftop PV system near Karlsruhe (1.7 MW).