PFALZSOLAR BUILDS ONE OF THE LARGEST SOLAR PARKS IN THE NETHERLANDS 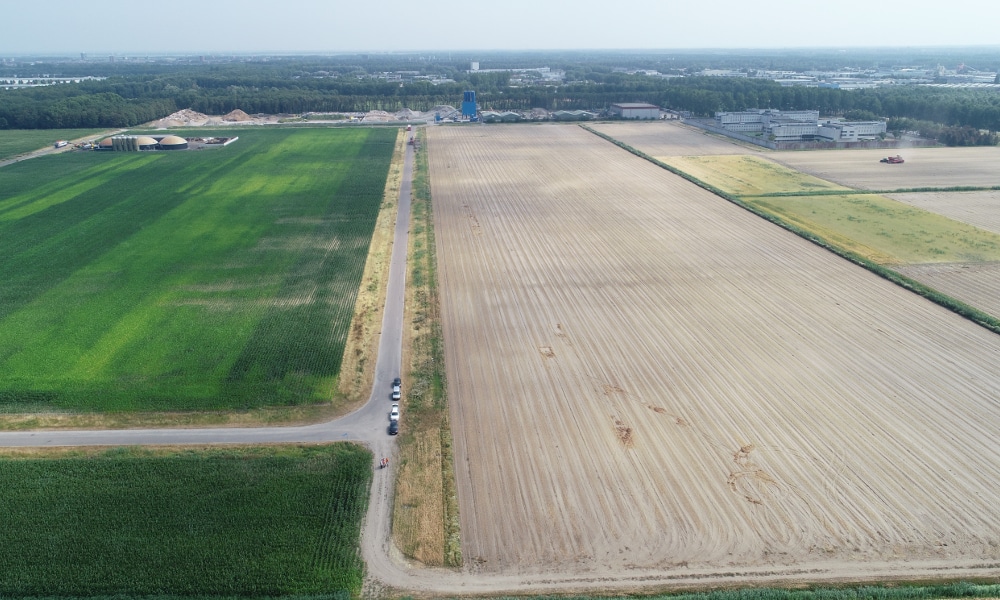 With a capacity of 34 megawatt peak, the Almere solar park ‘Zuyderzon Almere’ in the Dutch province of Flevoland is one of the largest in the country and proofs again that the Dutch are in the fast lane when we talk about the energy transition. Last year, the German project planner and EPC PFALZSOLAR prevailed against numerous international competitors in a call for tenders and won the contract to implement the large-scale project. The Tender was issued by HVC, one of the largest non-commercial waste management companies in the Netherlands in cooperation with Sunwatt, a project developer for sustainable energy assets. The four-month construction period begins on March 21st.

“This project is, in many ways, a special one for us,” says Lars Josten, Managing Director at PFALZSOLAR. “It is not only our largest project to date, but also another milestone in our cooperation with HVC – a partner whose commitment to renewable energies is unparalleled for us.” In the last few months PFALZSOLAR has already built three solar parks with a total capacity of 9 MWp on disused landfills on behalf of HVC. In recent years, HVC has invested heavily in renewable energies. In addition to its own photovoltaic plants, the company operates wind farms and geothermal power plants.

The Almere solar park is being built in an industrial area. PFALZSOLAR chose an east-west mounting system to make optimum use of the area potential. Due to the soil conditions a high ramming depth is required. In addition, the German EPC had to take the permanent drainage of the soil into account in the plant design, as the area is 4 meters below sea level.

“The technical requirements for a project of this size are not unusual, but require a high level of expertise in project planning and the construction of ground-mounted solar parks,” explains Max Huber, Head of Project Development at PFALZSOLAR. Maarten Meijer, who accompanies the project on behalf of Zuyderzon Almere, emphasizes: “PFALZSOLAR’s offer to include local suppliers and many years of expertise were an important decision criterion for us, in addition to economic factors. We greatly appreciate the cooperation with the PFALZSOLAR team and look forward to the construction period that lies ahead of us.”

From its commissioning, the Almere solar park will produce around 30 million kilowatt hours of environmentally friendly solar electricity per year, saving the climate 18,000 tons of CO2 every year compared with non-renewable forms of generation. For every kilowatt hour fed into the grid, the operator Zuyderzon Almere, a project company of HVC & Sunwatt, receives a feed-in-tariff determined in accordance with the Dutch SDE+ subsidy program.

About HVC
HVC is a non-commercial Dutch organisation that supports its shareholder municipalities in efforts to increase local sustainability through solar and wind energy, local heat and geothermics. HVC obtains sustainable energy in the form of heat, electricity and gas from waste, biomass, sunlight and wind. It then delivers this sustainably-produced energy to municipalities and private citizens. In addition, HVC is responsible for carrying out sustainable waste management on behalf of its shareholders ( 43 municipalities and 6 Water Boards in the provinces of North Holland, South Holland, Flevoland and Friesland). HVC strives to separate as much waste as possible in order to ensure the maximum reuse of raw materials.

HAPPY TO MEET SO PLEASE VISIT US FOR MORE INFORMATION:

PFALZSOLAR at Solar Solutions – 19-21 March 2019, Expo Haarlemmermeer, The Netherlands
PFALZSOLAR will again exhibit at the largest solar trade fair in the Netherlands this year and is looking forward to welcoming you at Booth E11.